Alright, so first off before we went to this in New Orleans, Louisiana I got business cards for the blog. Instead of going online for the business cards I went to my local Lithograph Shop and was not disappointed. I love absolutely love them! I got them just in time to take them on the trip and my twitter followers actually got to see the card before anyone else, sorry guys. Here is a picture of it on top of my nook. I sketched the book that is on the card if you’re wondering. It was a little doodle I did that I really liked and decided it would be cool to put on the card. It is also the picture for the blog ( which is the original drawing). Anyways, I got to hand out the cards to each author at the event and I was super excited about it because they said they would give me some Advanced Reader Copies through the email.  Which by the way, I did get a physical Advanced Reader Copy right after I gave the author my card and she signed it! It was awesome! Her name is Yessi Smith and she is a sweetheart. I got to pick which book I wanted to review and if I wanted it in ebook form or physical form. Of course, I said physical form because I thought it would be cool for her to sign the review copy. So this is the book I get to read and review for you guys! I’m really excited about it too! Can you tell? Doesn’t the cover just grab you?! Since our TBR List is off the charts my mom and I decided that we should take it easy on buying books there. So we were really good and behaved well. I bought two books and my mom didn’t even buy any but she did buy a cup. Although, I did buy a power bank from the author Tamara McHatton for my phone on the ride home and she gave me an extra pink pen with it. So I thought I would share with you the two books that I got from there. Forever Lost is about a vampire and a human (mf).  Jake Forbidden is about a shifter and a human which is Kathi S. Barton’s first mm book. Like I said in the post before there were 35 authors that went but I only saw about 21 of them and it was through the speed dating part that was from 9 to 11 am. So we didn’t have a lot of time with each author but it was a really cool way to do part of the book event. There was a lunch break and then the book signing part.

V.A. Dold was the author that put the event together and announced when everyone had to switch tables to the next author.This also meant that we got a considerable amount of swag and it also meant that either we take a lot of pictures or we don’t include all the swag we got so we compromised for you guys. We took pictures of some swag from multiple authors together and then my mom will also post pictures of the swag she got.

This way it won’t seem like this post has so many pictures of the swag that we got because there is a lot of it and it is spectacularly unique.

Amber and I went back to the book signing but since my mom and her mom were sick, they just stayed at the hotel to rest. So we went around the tables again and talked with them. So here is the first mixture of swag, it is from Brenda Hunt ( upper lefthand corner), to the right is swag from Kathi S. Barton and to the bottom left is the swag from Diana Marie DuBois.

Brenda Hunt’s swag shows a flower bag which she made, along with the two bookmarks. The cards there in the picture are about her Historical Romance Moonstone Series that came in that pocket that is attached to the notebook there.

Kathi S. Barton’s swag is a reusable bag, a business card,a  green pen. a blue notepad with her publisher’s name on it and a really nice mini calendar and sticky note holder made of leather. Her books are about different types of shifters, and she just recently came out with an MM shifter book for the first time. Which is one of the books I bought and showed above.

Diana Marie DuBois swag is a little orange voodoo doll with button eyes, a pen, a business card, hand sanitizer, a chapstick,a magnet and a homemade praline. The reason for Diana giving out little voodoo dolls is because everything she writes about has voodoo in it along with dogs and sometimes cats. If you look closer to her business card you can see it on there, the dogs, I mean. Oh and she really does have bright pink hair like on her business card and it’s awesome.

So this swag in the picture is from Heather Warren-Shepherd only. It is a quote from her book Gunpowder and Lead which is a romance but also about line dancing. I would have bought this but the book wasn’t out yet to buy at the book event. We got a necklace that matches the one on the card, it even has the two charms. She actually did research with a professional line-dancing league to help her write the book. The last picture of swag for the post is by Evelyn Lederman only. It has her Nightshade Vampire Saga cards in it. She said there are twists to their world but did not say what those were. The Saga order goes Nightside, Feral,then after that Lethal. She gave a koozie, a hand gripper, a business card and a kitkat. 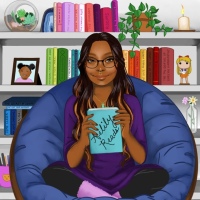 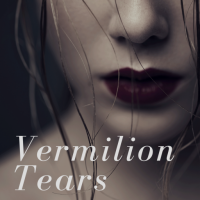 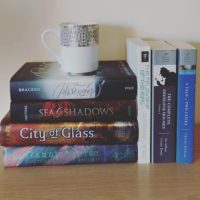 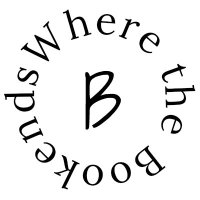 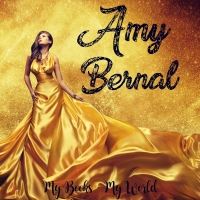