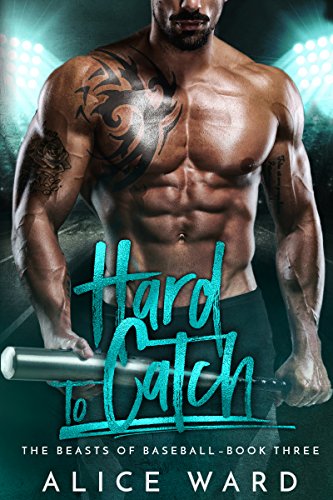 **** I voluntarily reviewed an Advance Reader Copy of this book. ****

I don’t think I have read a sports romance on baseball so I was excited to see how I would like it. I was pleasantly surprised because I don’t consider myself a sports fan. I don’t know much about the sport either and I was delighted that it actually told some of the inner dynamics of how a baseball game is played. The book told how the catcher works with the pitcher and gives the hand signals between his legs and behind his glove away from the players eyes to keep the move secret. It told how the catcher is basically the eyes for the pitcher and how he studies the players to see their weakness and strengths so he knows what signals to send to the pitcher so the pitcher knows what type of ball to throw and what direction to throw it.

I thought that was absolutely intriguing to read about since I had no idea about the game. It made me look at baseball in another light and I think that it is kind of captivating now and I will definitely watch the next game that comes on now that I know something about it.

Now about the characters, I really like how loyal both Todd and Katrina are to their families and their jobs. They work really hard at their jobs even when problems come up and people don’t quite get along they still stuck around and that is very admirable. These characters are strong, despite all the obstacles they faced together and separately they still persevered.

There were plenty of twists and turns in this book that I didn’t see coming and I was shocked by them. Some had me gasping and clutching my reading device like, “what…”. It had some intense moments that I loved, but you, my friend, will have to read those for yourself to find them out.

One thought on “Hard to Catch: A Bad Boy Sports Romance (The Beasts of Baseball Book 3) By Alice Ward”