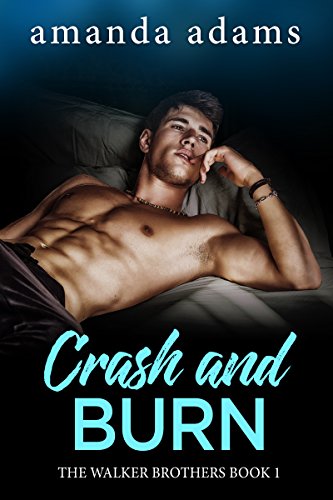 -And If The Sun Comes Up Tommorrow-

*** I received a free copy of this book via Booksprout and am voluntarily leaving a review. ***

So when I saw this on BookSprout, I wanted to get it to see as to why Chance was doing this childhood promise and where it would lead. I ended on the same damn rollercoaster he did with Erin/Eva.  Erin becomes his music teacher and teaches him guitar lessons but later he finds out that she is in a band and has a sexy seductive voice with a persona named Eva onstage. They have this connection and chemistry that is there whether she is Erin or Eva but she doesn’t want to admit that and is in denial and it drives both the reader, their hearts, and libidos insane.

For the for most of the book I didn’t know if I wanted to laugh, yell or cry. I was just all over the place, really. I think I was off my rocker just as much as they were because I didn’t know if they were going to end up together and I was like “you are being so damn stupid right now!!” There were so many twists and turns in the book , I kept waiting for someone to say ” you have reached your destination” but then another twist would come and I’d be like what? Didn’t see that coming…

Okay so there were some dark themes in this book as well that made it more real. That included violence, drugs, alcohol abuse etc. Some things were hinted at like possibly prostitution and gangs (drug dealers). Or at least that is what I got from it. I think these parts of the book just made it more real and lifelike. This is what happens in the background of the music industry so I don’t see why it wouldn’t be in this story. I was happy it was in there. It shows what path some musicians take, albeit the wrong one, but it is one of the paths. Let’s get real, some regular joes do this too sometimes not just in the music industry. I like that Adams is writing about this. It is good to show awareness along with the romance. Bravo, my friend, bravo.

I loved this book so I am giving it the 5 stars it deserves.