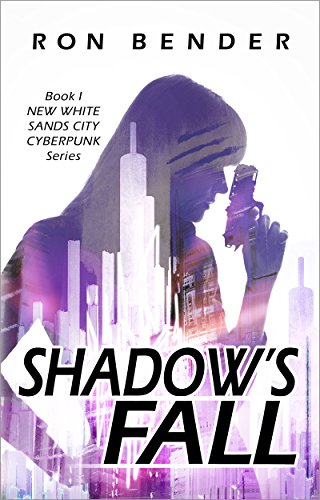 *** I voluntarily reviewed an Advance Reader Copy of this book. ***

When the Sky falls…

In a future of uncertainty, Raven, a thief, assassin and many other things gets caught up in something she may not be able to handle. Now, she is used to the frying pan… not the whole damn fire. She comes across a data core that starts this mess and this could end up killing her if she’s not careful. Once she finds out even an inkling of what is on it she’s running because the original owner wants it back IMMEDIATELY and is willing to use excessive force to get it. Seems the enemy knows a lot about Raven, more than she knows about herself and her past.

Now this isn’t just a job or a paycheck, it is about living to the next day  and everyone’s freedom. Also, finding out all these underlying conspiracies. Is anyone really as free as they think they are? Or is this all just a fancy illusion?

This book really reminded me of a mix between The Asanti Series by David Finn and The Resident Evil movies, plus something completely new.  Between the futuristic technology, chemicals and the female assassin that doesn’t need anybody, but has a team anyway. When reading it, you don’t know what is going to happen next because there is so much action with all the fireplay and gunplay. Violence is as common as ecash if not more, this is where corruption rules and bad things happen… most don’t bat an eye. This is normal for these characters.

There are so many layers in this book that it was fascinating and I gobbled it up like a starving man at his last breakfast. So many conspiracies that lie in one book of fiction. There is politics in here as well, so many cities and areas that are governed by corrupted people. What is sad and scary is that something like this is totally possible in the real world… all this hero worship of a bad guy.

In some areas it’s like concentration camps for people, robots and clones. Plus they sacrifice each other to stay alive. What is more mess up about this is that the clones don’t even see what is morally wrong with this. They have nothing that says that is wrong in their processors. This is just one of the multilayers within the book and one of the things Raven finds out about on a mission and gets angry over and I agree. Then again why would a monster make clones morally right anyway? Bastard.

Even with all these layers and conspiracies, I still felt like there was some things missing that could have made this book better. If there was more depth to the characters then I would have been able to give a better star rating.  I wanted to know more about Raven’s mental issues and more about her past and the ending of the book. I want more details on her partner Brios, who is a part of her team who we barely got to know. I feel like we did this huge adventure with strangers and I want more. The 292 pages were simple not enough for me and so I guess I’ll have to read the next book to get to know them better.

There are many twists and turns in Shadow’s Fall that make it a really worthwhile book to read. Oh and  if I am honest I kinda feel like it is a book that has the idea of “every man for himself” if ya know what I mean.  Has got the Lord Of The Flies feel, at least in SOME areas, i.e. the Ganglands.

You’ll have to read it to find out for yourself.

Thanks for reading my review about Shadow’s Fall. I hope you enjoy reading it as much as I enjoyed writing it!

Are you guys done Christmas shopping yet? We’re not, we have two more people then we are completely done ! I don’t know why it has taken us so long this year to shop, but it has. Good luck everyone and stay safe out there!

Until next time ya’ll have a Good Holiday!